Comfort and heat therapy from a YuYu Bottle

Hey there, I’m Sophie and I’m 24! I battle a multitude of chronic illnesses and health problems, but the ones that affect me the most are endometriosis, adenomyosis, neurogenic bladder (for which I have a suprapubic catheter in place), M.E, fibromyalgia, FND (functional neurological disorder) and non-epileptic seizures. 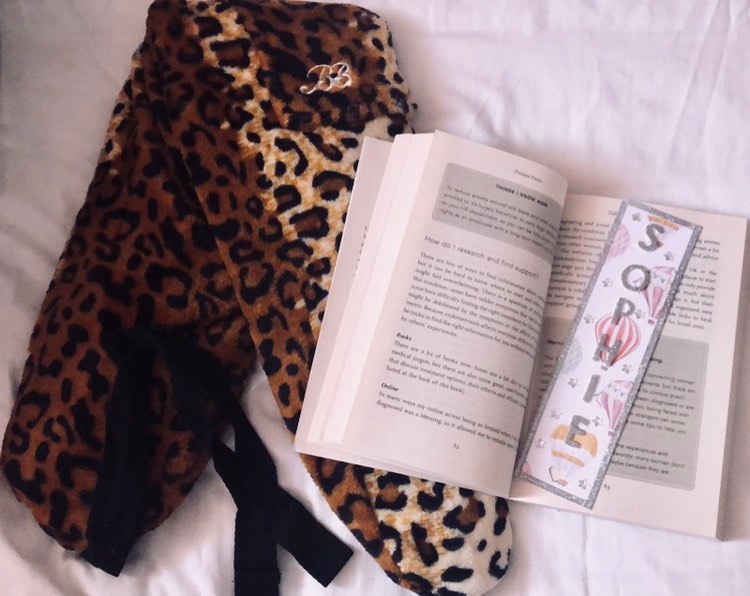 I had heard about YuYu bottles from my friends, and I’d been told how amazing they were. I was so thankful that my friends had found a product that had helped them, but I thought they were probably much like any old long hot water bottle.
The other day, I received my first one in the post after ordering it in the middle of the night, and oh my goodness, how wrong was I?! The YuYu bottle is so much better than any other long hot water bottles I’ve tried. The cover is so soft; the hot water bottle itself isn’t too heavy, which is perfect as with multiple chronic illnesses that cause sensitivities and chronic pain I definitely want to avoid anything that is too heavy and will cause me any further discomfort or pain; and the bottle cover also comes with the function of being able to tie it around you so that if you need to use it while moving around the home and your hands are occupied then you can just tie it around you - wherever the pain is. It’s honestly the most perfect product for anyone with any chronic pain or chronic illnesses.
Part of my FND is that I experience episodes where I’m unable to move my upper and lower limbs for certain periods of time, currently I’ve been unable to move my legs and feet for the last year, meaning due to this and my other health conditions, I’ve been pretty much bed bound for that time. The fact that the YuYu bottle stays hot/warm for up to 6 hours means that I don’t have to rely on someone to get me a hot water bottle so often, and means that I feel like I’m less of a burden as it’s one less thing that I need to ask for or to ask to be done.
At the moment, I’m having an absolutely awful time with my gynaecological health problems, especially the endometriosis, adenomyosis and adhesions. I’m on the waiting list to see a new specialist team, after being treated badly by my previous team. And while I’m waiting for this appointment, and to get some treatment started, I know that YuYu bottles are really going to help me with soothing the pain a little, and keeping me more comfortable.
I’m very thankful that such a wonderful product has been created, and I’m also thrilled that I finally gave in and bought myself one. Because it is by far one of the best purchases I’ve ever made. To anyone who suffers with chronic pain, I highly recommend these. I definitely need another one (or two) of these in my life to help soothe the pains from my endometriosis!
Sending you all lots of love and light.
Follow Sophie's journey on instagram here @myfightagainstmybody
See what's new at YuYu here
Share your story and get in touch with us:[email protected]
← Previous Next →