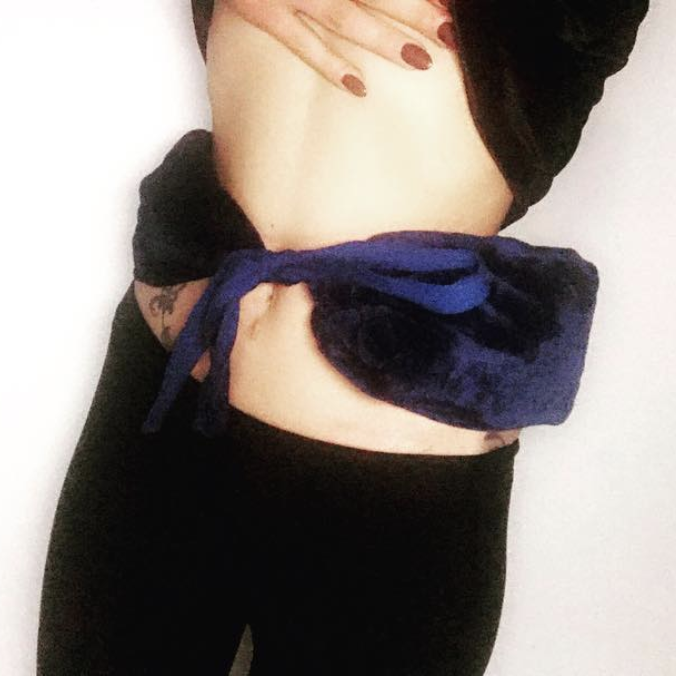 The past 6 months I’ve lived with this little saviour strapped round my tummy, I couldn’t travel by car, pop into town or even sleep without having my YuYu attached to me, otherwise I’m in absolute agony and I’m prone to handling pain.

It’s been two weeks since my recent surgery and since I’ve had to dig this out. It’s back, and I am in bloody agony. Counting down the days to surgery number 5 ):

My Journey - By Carla Cressy

I have personally been affected by Endometriosis so severely that it has almost cost me my life. Aged fourteen my periods were extremely irregular and were occurring every two weeks. I trialled many hormonal pills however they never helped regulate my cycle and over time my periods become more and more painful resulting in severe  blood loss it became debilitating.

I spent my school years taking days off having numerous scans on many occasions, As time went on unfortunately there was no explanation or answers to why my periods were so irregular.

As a former child model, at 18 I was approached by a well known glamour company and modelled lingerie and fashion for many magazines and catalogues.
Frustrated with endless blood loss, pain and feeling unwell further into my teenage years my cycle continued with no relief. There have been times I’ve had to call into work to take days off, as well as cancelling modelling jobs and even travel trips. Knowing there was something wrong and being told it’s normal left me feeling physically and emotionally drained. I even asked on four occasions for a smear test to put my mind at rest that it wasn’t cancer however I was refused because of my age.

This condition has had a huge impact on my previous relationships, I have been extremely hormonal causing me to be irrational. The constant bleeding has affected my intimacy as well as my well being. The affects of this condition has caused me to feel insecure resulting in low self esteem. 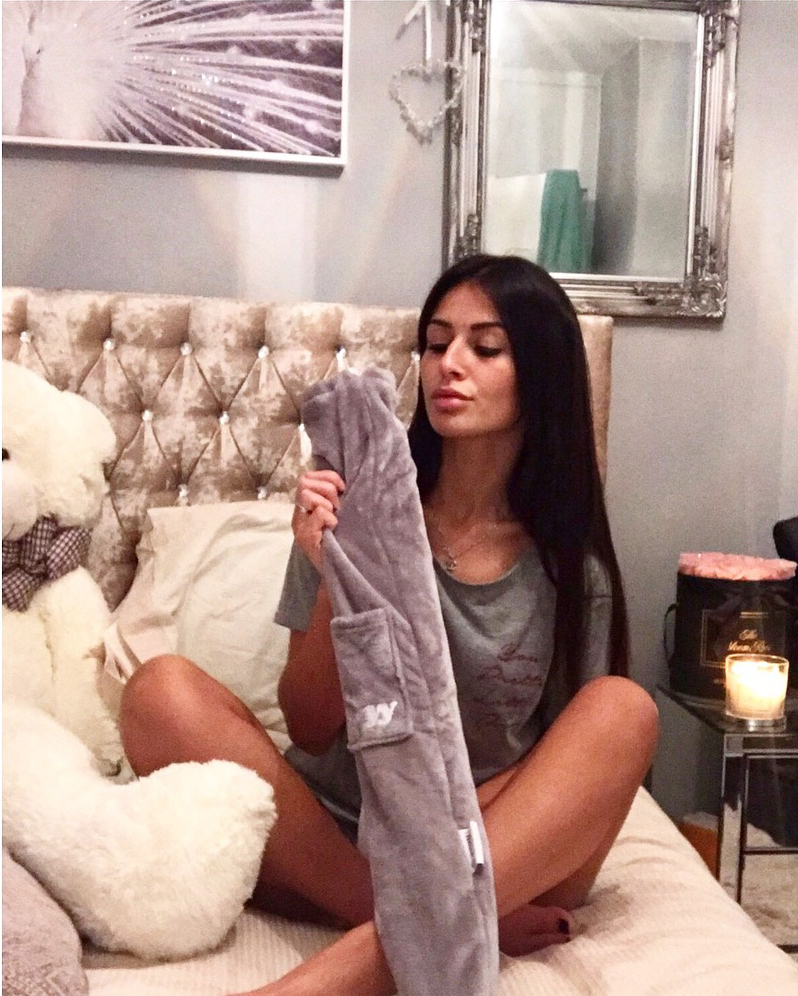 In September 2015 until January 2016 I was admitted to A&E several times a week for severe pain resulting in unconsciousness, vomiting and unable to pass stools. Once again I was given a scan and told I had IBS and sent home with pain relief and laxatives. Struggling to eat with absolutely no appetite I was advised to control my pain with 8 X codeine tablets along with laxatives however the effects from codeine causing constipation made my condition worse, during this time I lost my job as I was found on two occasions unconscious.

Feeling fed up of being told to take pain relief without a real diagnosis I took myself to a different hospital where I collapsed in the car park and wet myself, even worse I was wearing a pig onesie with a curly tail. I  was rushed into A&E screaming in pain, once again more scans identifying both endometriosis chocolate and kissing cysts some attaching my bowel to organs. The doctor said the words “You Have  Endometriosis” The satisfaction of finally being given a diagnosis was relieving, However the soonest they could perform surgery was June, meaning I had to wait another 6 months.

From January to June I panicked as I had no job, I completed three courses in beauty where I worked from home and carried out treatments when I had my good days, although I still performed treatments with hot water bottles strapped around my back and regular trips to the toilet to vomit, some days I had three baths in one day I found heat helped a lot for the pain I had in my stomach, back and legs.

June 2016 I finally had surgery, they inserted the marina coil in a bid to lessen the symptoms and stop the bleeding of Endometriosis as I was made aware it had been identified in other areas, there was no cure and  it could return in future however this coil will help keep it under control and lessen the symptoms. After recovery I returned to my beauty and carried on with my treatments.

January 3rd 2017 I had this sudden on set with pain, my stomach was rock hard and the pain was worse than ever before. I was taken by ambulance to hospital where I was advised I had gastroenteritis and sent home with pain relief, I was unable to sleep and curled into a ball on the floor. By the morning I went to see my gp, barely able to walk who sent me via emergency to the hospital with suspected appendicitis. 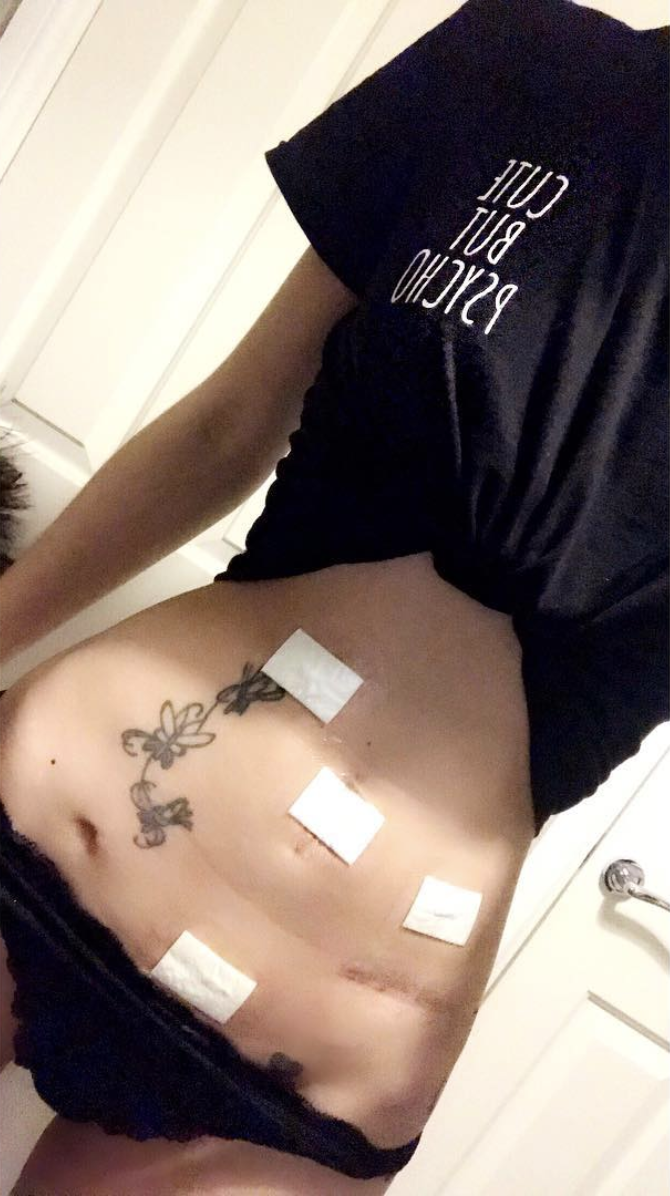 From January 3rd onwards for seventeen days I spent in the hospital my blood results showed abnormally high inflammation and infection markers. I was rushed into theatre where I under went two major surgeries a week apart, one to remove my appendix which proved still to be in tact stating it wasn’t the cause. After the first surgery I then suffered with Post Ileus syndrome where my bowel went to sleep resulting in a tube being inserted up my nose and down my throat and my stomach content required syringing through my nose.

Rather than recovering my stomach began to swell and blew up so big I looked pregnant, again I was rushed back into theatre I filled with what was described as chocolate milkshake fluid from the Endometriosis cysts that had burst inside of me. Surgeons drained over 2.5 litres of poison caused by Endometriosis.

I woke up with two tubes each side of my stomach which was draining poison and blood into bags either side of me along with staples the entire way along my knicker line where they cut me from left to right. I also had stitches higher up across my right abdomen where they performed open surgery to remove my appendix and smaller openings from key hole incisions.

During this stay in hospital I was nil by mouth and lost over three stone in weight resulting in muscle wastage and being extremely weak. Following this procedure I was given strong antibiotics via drip and daily blood tests to monitor inflammation and infection markers in my blood. This become even more so distressing after two surgeries when my markers hadn’t came down and to my horror started to rise again indicating infection was still in my system.

At this point I generally felt like giving up and I started to think I was going to die. Doctors made regular decisions to change my antibiotics in a bid to find one strong enough to fight this infection and gradually they begun to come down. After seventeen days I was finally allowed to get out of my bed and eventually I begged the doctors to make my antibiotics into tablet form so I could go home which they did.

Prior to leaving the hospital the gynaecologist came to see me and informed me that my Endometriosis had cause a secondary condition which they referred to as frozen pelvis explaining that my organs have become glued together appearing in a frozen like state sticking one organ to another and that the hospital can no longer treat me and were referring me to London University Hospital for further surgery ASAP. 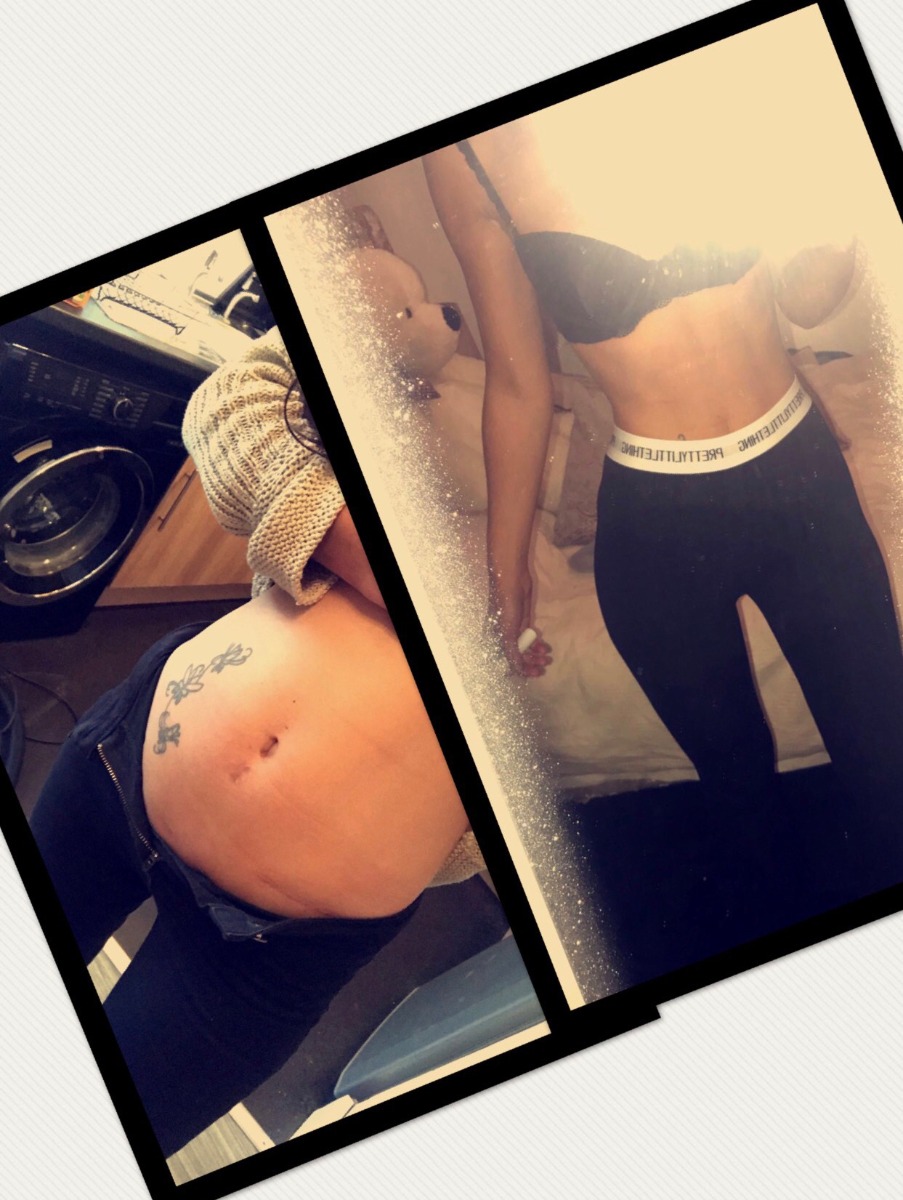 Since surgery I have suffered with stomach complications where I have absolutely no appetite and blow up painfully when I eat a meal, I have followed a strict gluten, dairy, wheat and caffeine free diet as advised however my stomach has become extra sensitive to foods of all kinds causing acid reflux and a highly sensitive stomach.

My first appointment at London University Hospital after further scans I was advised that my Endometriosis has now spread to my bowel causing a large nodule which is growing deeply within my rectum as well as my Fallopian tubes are in ruins and will highly likely need to be removed meaning I will never fall pregnant naturally. I asked whether I could freeze my eggs however I was told there was a mass of Endometriosis seen on my ovaries meaning surgeons are unable to get to my eggs.

I was also told if I was to ever fall pregnant naturally it is highly likely it would be an ectopic pregnancy. The hospital advised I have a injection to turn my ovaries off resulting in a forced menopause along with a six month course of prostap injections to shrink my organs to a smaller size to make it safe for the surgeon to perform surgery.

I am now preparing and waiting for surgery whilst suffering side affects from my medication as well as being told by my surgeon he cannot promise this Endometriosis won’t return within two months to two years as all they can do is treat the symptoms because there is no cure, however if only I was listened to in the beginning my condition may have never got this far but there is always hope and that’s what keeps me positive for the future.

I have recently made a page @womenwithendometriosis which I’m starting to build up to allow women who are affected to come together and hopefully lean and advise each other.