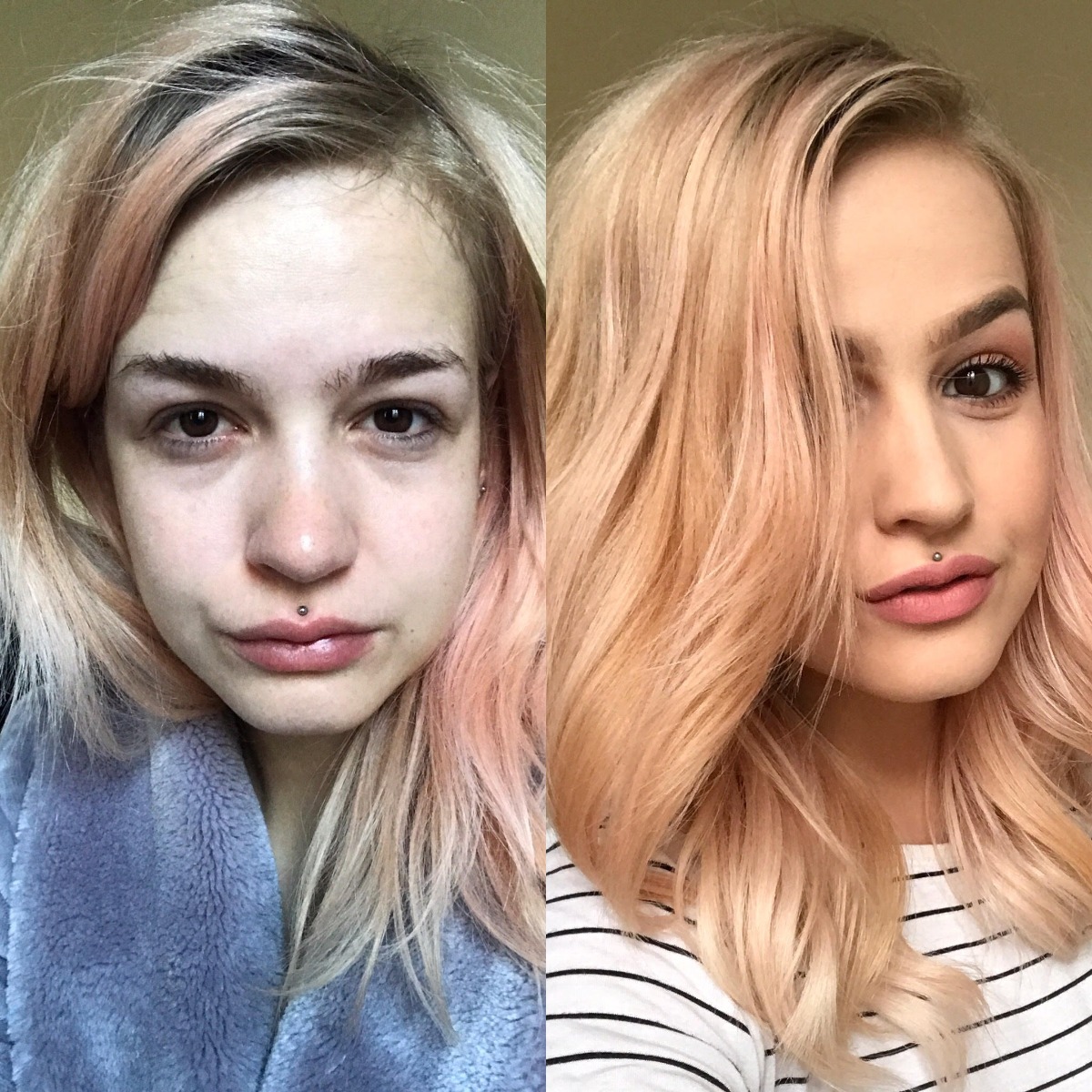 Ever since I saw a post from someone I follow on Instagram, I knew I had to get my hands on a YuYu bottle.
A bit of back story...I'm 26 years old and I've been suffering from the symptoms chronic fatigue syndrome (also known as ME) over the last 9-12 months, which has now after many tests finally formally been diagnosed by a specialist as "Post Viral Fatigue" - for the meantime at least.
So you’re probably thinking “Chronic fatigue? So you’re just really tired all of the time?” which is what I would have thought before this happened to me, but that doesn’t even start to explain it...
I had a pretty bad week when I had that virus; it was an insane pain & congestion, flu-like sort of infection back in February, and since then I've suffered from bouts of overwhelming exhaustion, dizziness, memory lapses (or brain fog), and pain I can only describe as a dull ache crossed with a tingly almost pins and needles type nerve pain in my legs and hips. I have good and bad days, even "good" weeks if I'm lucky, but I never feel refreshed after a full nights sleep and my pain is almost constant, though I've learned on good days to sort of tune it out.
PVF is a hopeful diagnosis as it's only short term, however if I'm still having problems in 18months, I'd be classed as having CFS/ME, which is incurable, and there's no medication to help yet. At the moment I'm getting by seeing an occupational therapist for the emotional issues my illness has caused, but so far I don't have any help with the pain. That's where the YuYu comes in. 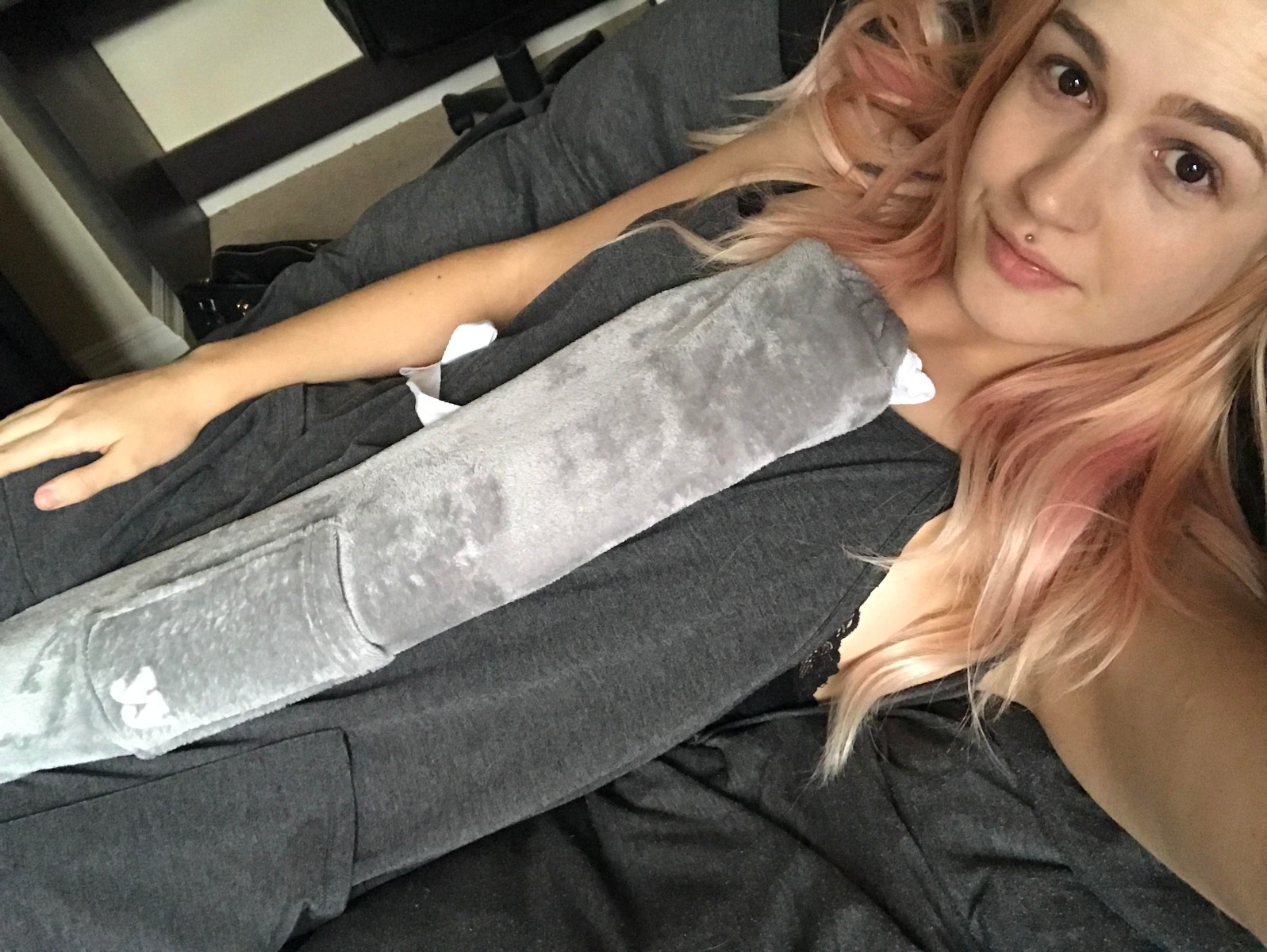 I am so grateful for this product, not just because it gives me something warm to cuddle every night when my boyfriend works away during the week, but because it helps stiffness in a morning (I usually prop myself up with it behind my neck/back whilst I do my makeup in bed), it helps to soothe my restless legs on nighttime which can be infuriating when its at its worst, and its great for period pains which is a monthly struggle for most women!
The cover is absolutely divine, i've got the grey luxury fleece version which is so soft! I have a particular aversion to certain types of texture, but overly enjoy others. This sensory disorder I have makes certain things feel amazing, and other things physically sickening. - i.e I hate velvet, cotton wool, chalk, glasses out of the dishwasher (I know, its crazy), polystyrene...but I love certain soft materials like blankets, my cat's fur, soft skin etc.  Happily, the fleece YuYu makes me so content when I touch it. I'd love to try the cashmere cover some day!
One of the really cool things about the YuYu is that you can tie it around your waist / body and wear it wherever you're in pain! I'm yet to take it out of the house but I imagine it would be amazing for cold outdoor events. 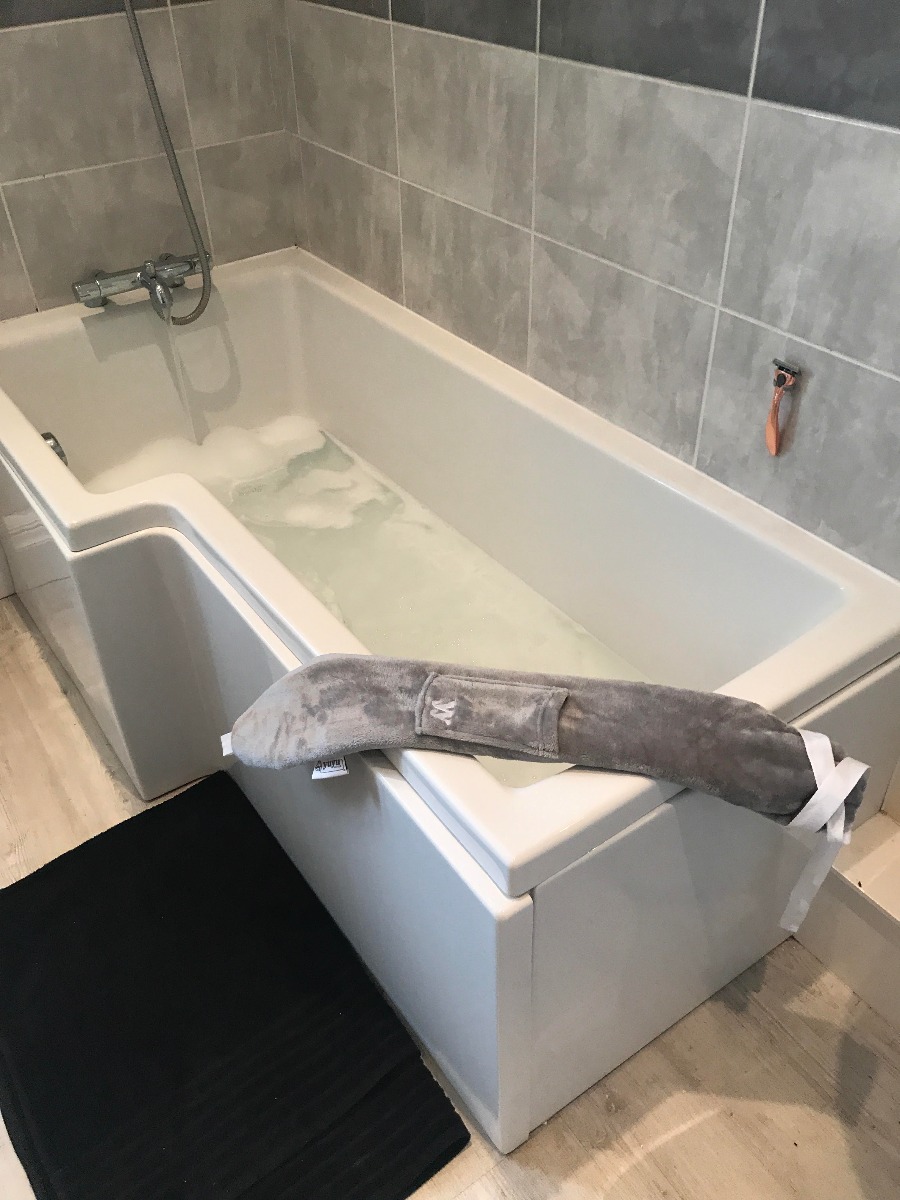 This is a 10/10 luxury product in my opinion, it's genius! All I have to complain about is why I didn't discover it sooner.

Even Lauren's cat agrees!! He gives a 10/10 aswell...
Please go and find Lauren on Instagram to find out more about her @exhaustedme  and @laurenward1990
← Previous Next →