It is proven that hot water bottles can halt pain, but are they safe to use whilst pregnant?

A YuYu bottle is a great way to encourage your muscles to relax, soothing any pains, aches and cramps that are common during pregnancy. British Standard certificated, the YuYu has been vigorously tested for the safety of our customers.

“Heat during pregnancy is only an issue if your core temperature rises significantly,” says Anne. “This wouldn’t happen with a hot water bottle. It's more likely if you were unwell with a high temperature or if you soaked in an extremely hot bath.” – Midwife Anne Richley (madeformums.com)

“You’d be amazed at how much protection your baby has inside your tummy, and there are several ‘layers’ between the hot water bottle and baby, so they won’t be affected,” says Anne.

We sent Stacey, writer of the Design Sheppard Blog, a YuYu bottle through her uncomfortable days of pregnancy. Read her YuYu experience below:

"So I have exactly two weeks to go until my due date and then our little family will be complete. I can’t wait for our little one to make its appearance, partly because I’m getting really eager to find out if it’s another girl or a little boy and partly because things are getting pretty damn uncomfortable now. I’m having trouble sleeping, lying down, sitting down, walking and having a toddler demanding that I follow her here there and everywhere only exacerbates all the aches and pains. So when I was contacted by Richard Yu, the founder and CEO of YuYu asking if I would like to try out a YuYu long hot water bottle, I thought it could be a great opportunity to see if I could ease some of these awful pregnancy aches. 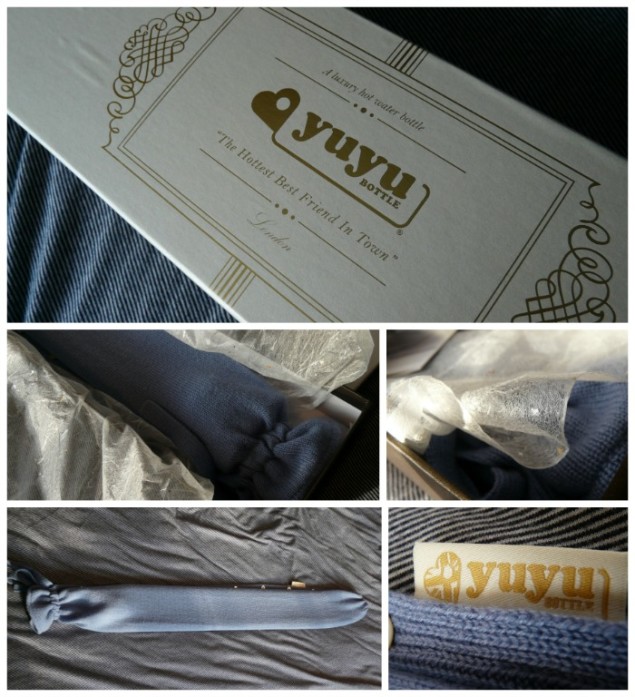 YuYu is the brainchild of Richard Yu who had a eureka moment when he realised that the hot water bottle, a 600-year-old invention, was pretty outdated and could do with a redesign to make it more practical but also more luxurious. Richard spent the next few years designing, researching and planning and finally brought his new hot water bottle to the market in 2012. An interesting twist to the story is that he appeared on Dragon’s Den seeking investment in his business but sadly none of the dragons took up his cause. I was thinking about this when I first heard about it and if I’m completely honest I don’t find it surprising that the Dragons turned him down. I guess they probably saw it a bit like reinventing the wheel as the traditional hot water bottle is adequate and does its job perfectly well. They probably thought that Richard’s proposed modifications were somewhat unnecessary, and for many people that is probably the case. A large proportion of the population are probably quite satisfied with their regular hot water bottle. But on the other hand, there will be lots of people out there who will welcome this new take on the product…people like you and me!! 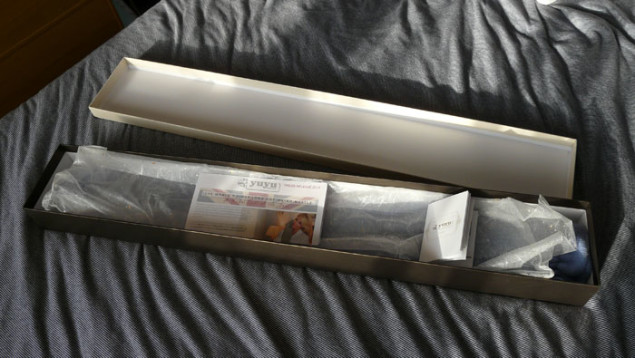 Luckily, Richard didn’t let his experience in the Den dent his confidence in his product and he continued on his mission to bring it to market. He supplies some of the most prestigious retail establishments in the world including Harrods and Selfridges in the UK, Kaufhof and KaDeWe in Germany, Jelmoli and Globus in Switzerland and Nordstrom in the US. Last year YuYu also launched in a number of five star hotels such as the Mandarin Oriental Hyde Park and Claridges, where they’ve designed bespoke covers for each hotel and where the bottle is being presented as a luxury gift for VIP guests, as well as an innovative bedroom accessory in their prestigious suites. YuYu Bottle was also a Gift of the Year finalist in 2014. And 18 months after the Dragons said no, YuYu turned over $1M dollars in 2014/15 financial year. Not a bad result! 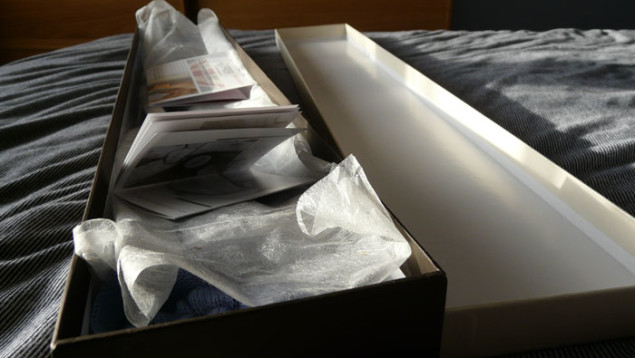 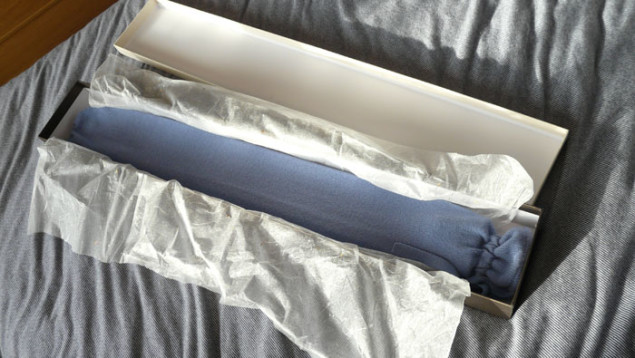 I was really impressed when the YuYu arrived at my house. It was beautifully packaged and felt really indulgent. If I were to receive this as a gift I can honestly say that I would feel very special indeed. The YuYu I received, and that you can see in the photos, is one of the cashmere blend ones that is made from 10% cashmere and 90% Merino wool. The cover is hand stitched, features Mother of Pearl buttons and inside there is an ivory natural rubber bottle. The rubber is of the highest quality, is eco-friendly, biodegradable, flexible, soft and is sourced from Sri Lanka, whilst the cashmere is sourced from the Inner Mongolian highlands through a traditional process of natural combing of the loose hairs. Amazingly each goat produces just 100 grams of cashmere each year so it’s easy to see how a luxury product like YuYu bottle can cost as much as it does. 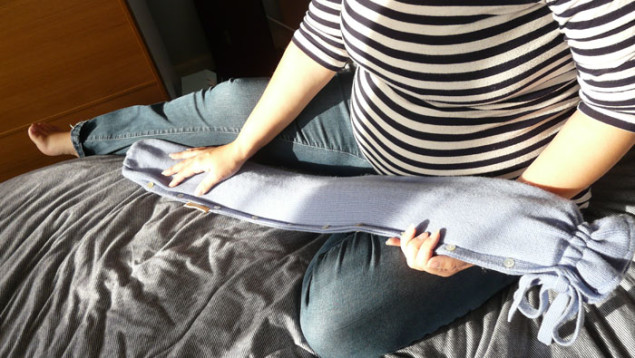 What I liked most about the YuYu, apart from the experience of receiving it and unpacking it, was just how luxurious it felt to use it. Apart from it being so soft and snuggly, the long and flexible shape of it makes it really easy to position just where you need it most and it can keep more areas of your body warm at the same time. The length of it makes it perfect for draping around your neck or on your shoulders and it is also very comforting when placed across the lower back and abdomen to help sooth sore muscles, back pain and cramps.

Even though the bottle is longer than a traditional one it can still be filled with under a kettle of water and it stays hot for up to eight hours, perfect for the impending cold and wintry weather we can expect here in the UK. I feel much better prepared now that I have my own YuYu Bottle. I think it would make a fantastic gift this Christmas and there are a variety of versions to choose from all at different price points so you can get as luxurious or as affordable as you like, and there is even a version for kids!" 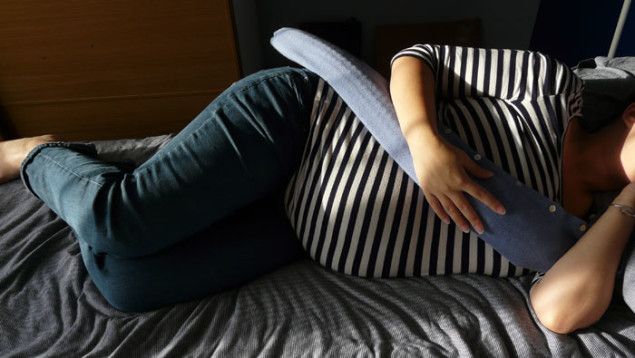 View the article on The Design Sheppard Blog and find out more about Stacey here.