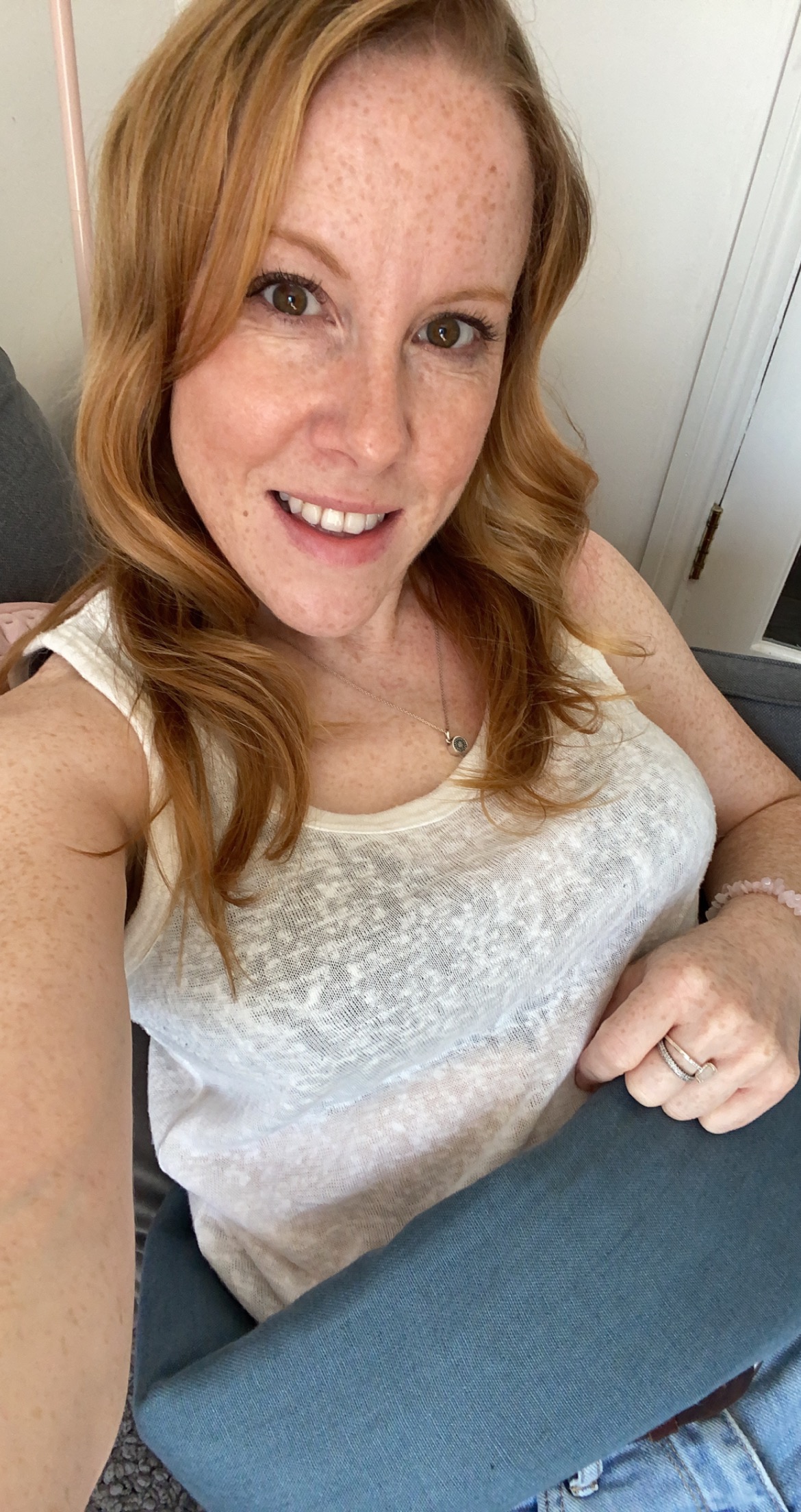 I have always danced (Latin American and ballroom) from the age of 5 -18. I went to the gym and always worked out. I ate well and looked after myself. In 2012 I started getting severe shoulder pain, a weird dry cough (but I didn’t feel ill with it) and chest pain. I just put it down to working out too hard, lifting weights or HIIT training. After a period of time my doctor referred me to a physio.

These episodes increased from 2012 - 2017 and only in 2017 did my health deteriorate overall. I was still doing HIIT training every morning before work and working full time. However, I started getting tummy problems, unexplained gastrointestinal issues, faints, dizziness and sickness.

In February 2018, I was taken into A&E after collapsing twice just a few days after my period with severe, sharp abdominal pains and the shoulder pain had returned so acutely. At A&E and they did a chest X Ray. I was a bit confused at the time as the pain was in my stomach it didn’t make sense to me? Four doctors surrounded my chair and were gobsmacked! “How are you so well and how are you talking, you have no right lung” they said! Your right lung has collapsed and is like a wet balloon attached to your right shoulder blade!

I stayed in the acute medical unit for 5 days on high level oxygen, morphine and was monitored. When my lung had mostly reinflated I was discharged and advised to see a lung surgeon. Soon after I saw a lung surgeon who suggested pleurodesis surgery to stick my lung lining to my chest lining as a preventative measure to stop any further collapses. In March 2018 I had pleurodesis surgery via VATS (keyhole video assisted) and they had to also do a plication of my diaphragm as it appeared to have lots of holes in it and it didn’t look right. They cut out the holes and stapled it together and in the meantime took a biopsy for testing. During my follow up they confirmed I had diaphragmatic Endometriosis and that I had been suffering period related lung collapses since 2012 (catamenial pneumothoraces). The consultant explained the endo was causing the holes in my diaphragm and that was allowing air to get through the holes each period and collapsing my lung. The shoulder and chest pain was due to the irritation of the endo on the diaphragm. 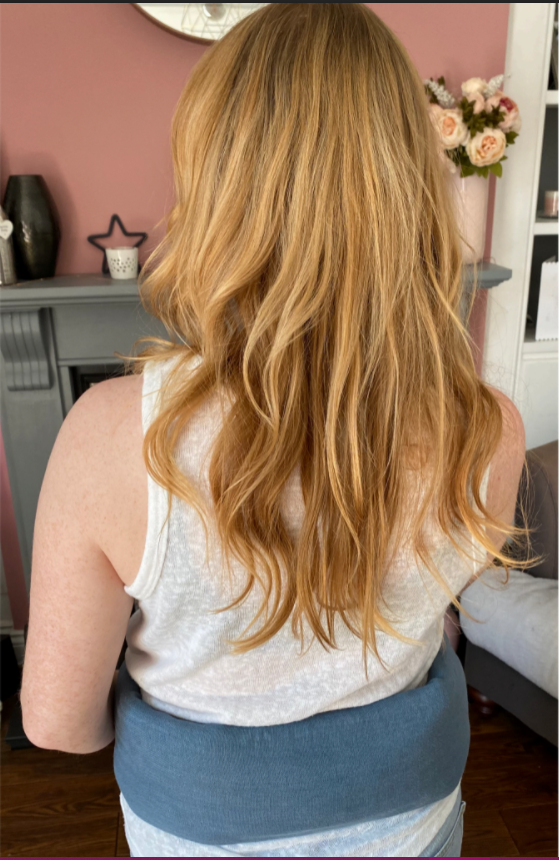 My best friend Siobhan bought me my first YuYu bottle following my surgery to help with the pain I was experiencing not only from the pelvic Endometriosis cramps, but the referred shoulder pain from my diaphragmatic Endometriosis. I would tie the YuYu around my shoulder/chest to help with the acute pains whilst I worked at home, around my stomach and lower back during my period. It has been the best gift I've ever received to support my Endometriosis & adenomyosis.

In May 2018 I had a further lung collapse and ended up back in A&E. It was confirmed as a big collapse via X-ray and this time there was air in between the segments of the lung. This time I took my YuYu bottle into hospital with me as the shoulder pain was so severe and even pain relief wasn't helping to relieve the pain. The YuYu bottle offered me some comfort and relief.

In June 2018 I went back into surgery to have a repeat pleurodesis surgery to re-stick the lung lining to the chest lining.

In July 2018 I had my first pelvic endo surgery (laparoscopy & hysteroscopy). They confirmed stage 4 endo. It was everywhere they couldn’t see one ovary it was so badly hitched up and hidden with adhesions, my bowel, bladder, ureters, pouch of douglas, my rectal vaginal wall and I was also diagnosed with Adenomyosis. It was all successfully removed.

Only 7 months later in April 2019 I had repeat pelvic surgery and it was back even worse than the time before stage 4 again but with a vengeance I had chocolate cysts on my ovary, damage to my bladder wall that needed to be repaired, my bowel and pouch of douglas was in a bad way again. They checked my diaphragm from the underside and could see the full thickness endo spots but said it was too risky to remove. This time I brought my YuYu bottle into hospital and the nurse would fill it up for me as the air pumped into my abdomen during surgery agitated my already severe referred shoulder pain. I could focus on the recovery of my pelvic Endometriosis whilst having the YuYu for relief from the shoulder pain.

I would have the kettle on constantly and my husband would bring me a refilled YuYu whilst I worked from home, my YuYu became my trusty companion.

In July 2020 a scan showed I had a large mass in my womb that needed to be removed and the pain during the internal scan made the consultant believe my endo was back again in my pelvic area. In September 2020 I had the polypoid adenomyoma mass removed under local anaesthetic as I’d had way too many general anaesthetics in such a short time and it left my mind and body fatigued and not right. The pain was intense but we managed to remove it and a biopsy came back clear it wasn’t anything sinister.

This brings us to date. I was still on a phased return to work coming up to 3 years with 6 surgeries/procedures in that time. I couldn’t get on with my life, I didn’t have the energy or the tools to give anymore than I was. The lung and breathing issues and severe shoulder and chest pains were causing me the worst pain and issues over a long period each month. I would have the kettle on constantly and my husband would bring me a refilled YuYu whilst I worked from home. My YuYu became my trusty companion. The pain was 3 weeks out of 4 in my shoulder, chest and diaphragm. I needed to do something.

I finally found a multidisciplinary surgeon who was a lung specialist and I was experienced in Endometriosis in the thoracic area. I was so surprised as everyone had said it was too risky and they wouldn’t remove the endo on my diaphragm. I finally found some hope and the surgeon had great reviews and talked so confidently about giving me my life back! On the 27th February 2021 I had my thoracotomy an open surgery through my back rib this time to remove Endometriosis from my diaphragm and rebuild it with a mesh.

Checking my liver, pleura and lining to remove any other endo. It was a success, all endo was removed and the lung is intact and liver and pleura both fine! The pathology confirmed the cells were Endometriosis and I’m now on my slow, but so worth it - road to recovery. I’m already finding it easier to walk up and down the stairs with pain yes... but breathing feels great. Yippee!!

My husband bought me a new YuYu as a gift post surgery in a beautiful blue Pimlico linen fabric. It has been an absolute godsend during my recovery. I have had it tied around my chest to ease the muscle and nerve pain following surgery and now that I have two I can have one around my lower back and one across my chest when needed.

My advice to anyone with Endometriosis symptoms either pelvic or thoracic or with Adenomyosis is to never give up. You know your body better than anyone else. You should keep asking questions, do your research and push for the best possible outcome for you and your future quality of life!

Interested in sharing your story with us? Send us an email to [email protected] 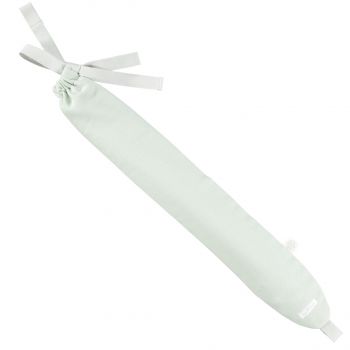 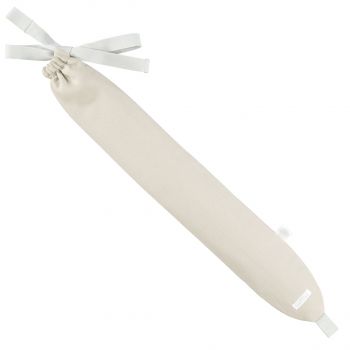 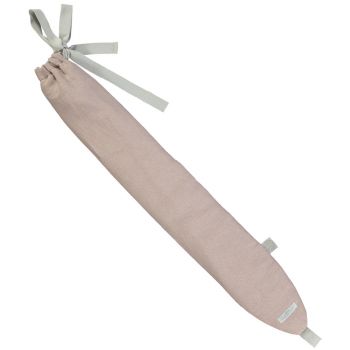 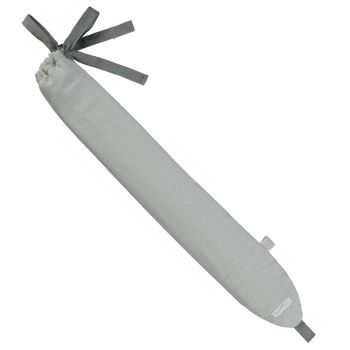